Super-coaches or advisors have become a more prominent figure in todays’ high-level game. We have witnessed the likes of Ivan Lendl supervise Murray, Becker supervise Djokovic and Edberg supervise Federer. Let us have a look at the role of these former playing stars, now as coaches for the big boys.

On the eve on 2012, Andy Murray appointed former multiple grand slam winner, Ivan Lendl. After 7 years on the Pro circuit, Murray had not won a Grand Slam, yet within 18 months he had won both the US Open, and Wimbledon. Was the hiring of Lendl the major reason for Murray now being able to win the tournament?

In 2013, Roger Federer hired, six time Grad Slam winner Stefan Edberg. At this stage of Federer’s career, he had already won a mammoth 17 Grand Slams – for what reason could Roger have hired Edberg?

In today’s game, to get into the top 10, ATP or WTA, you have to have had consistency over a long period of time without being injured. All the top players have marginally different techniques showing that you do not have to be playing in a certain way to reach the top. There is still, however, a ‘range of acceptability’s’ of all strokes that players will need to adhere to, to make it in today’s game. As such, it seems that improvements in the top players game is not a key reason as to why they are hiring ‘super coaches’. This does mean that they will not have an influence on technical changes with the players, it, however, won’t be the underlying reason behind the hiring.

All the top players have a set game style that we would be able to recognise very quickly. It could be dominating players from the baseline, serve and volley, counter puncher etc. It can make the game between top rivals, who can sometimes have played 30-40 matches head to head, very predictable and the outcome can largely depend of who executes their game style better than the other. As a result, a potential reason for bringing in the ‘Super Coaches’ may be to get their opinion on a different style of play and how they could incorporate it into their current successful game. Let’s take Federer and Edberg as an example. Stefan Edberg was renown as a strong offensive player who looked to dominate the net when possible. This is an area that Federer was not known for, (post serve and volleying in his younger years). With his already exquisite groundstrokes that seemed so effortless and ones that had already won him 17 Grand Slams, it was time to step up his game to compete against the ever improving Djokovic and Murray. Within a few months of working together alongside Severin Luthi, Federer’s main coach, we saw Federer serve and volleying, chip and charging to the net and eventually, creating his very own, SABR – Sneak Attack By Roger. Although this has not resulted in Federer winning another Slam, he is still in the top 5, reaching the O2 final and being a force to be reckoned with at 34 going 35 years old!

Let’s look at Djokovic and Becker as a team that joined forces in 2013, much to many peoples surprise, however, this appointment came off the back of three Grand Slam final losses in 2012. Djokovic has always been one of the fittest guys on the tour and one of the most consistent players. He was very safe and steady player on the court. Becker, on the other hand, was a more aggressive, risky player on court, partially down to his outgoing, vibrant personality. Could having Becker around the camp most of the year start influencing Djokovic’s game in a positive way? Potentially by coming to the net a little more or even looking to create more opportunities for himself by the way of a calculated risk. These small additions to Novak’s game may just be what he will need to get over the finish line. As we have seen, Djokovic has been an unstoppable force in the last few years.

Roger Federer once spoke of Edberg saying, “I don’t see him as much in a coaching role, more as an inspiration, a legend joining my team. Just spending time and talking and discussing, really, with Severin Lüthi, my coach.” This is something that no money in the world can pay for – experience and game time knowledge. As Federer has mentioned here, there is nothing really about his game that Edberg has come to fix or add too – Federer can do it all – it is more in an advisory role that Edberg can suggest small things that Federer could do in a certain pressure situations. 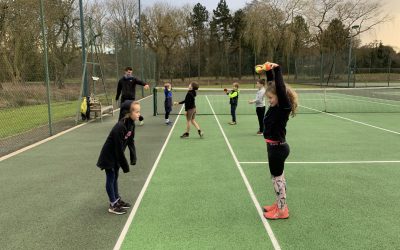 What is a lifestyle? In my eyes, a lifestyle is a way that one lives their life as a result of certain activities occurring on a regular basis during this point in their lives. When we hear the term lifestyle, we could think of a millionaire lifestyle, parenthood,...

In a flash, her career was over, Next in line was Sharapova, WTA said a champion could come back Naturally, she was over the moon, Many argue it’s a few days too soon Watch out – Maria’s on the attackJanuary 26th 2016 was a sad day for tennis when former world number...